Amidst darkness, the Glimmer of Faith: Feast of Our Lady of Mt. Carmel 2014 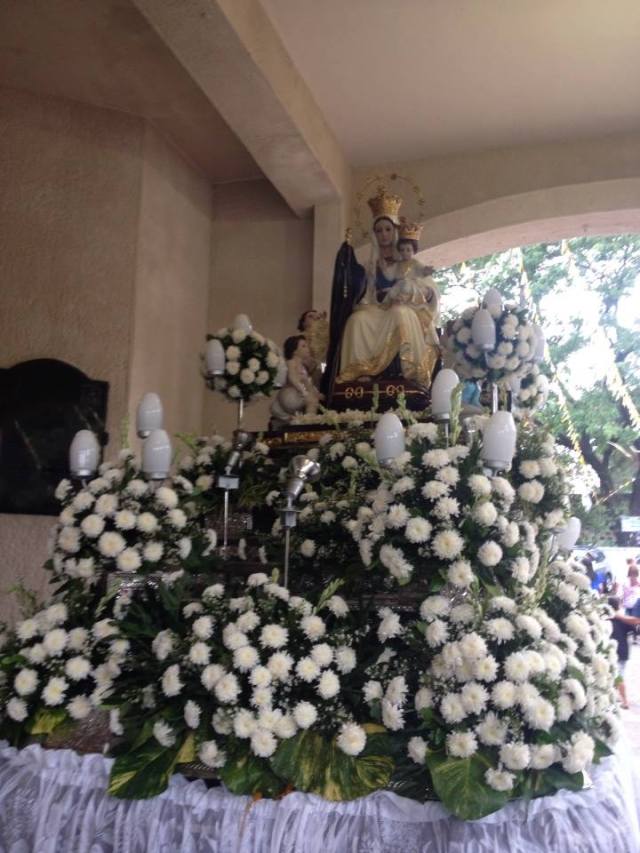 The carroza of Our Lady before the Mass

16 July 2014 would go down in modern Manila urban history as the day when Typhoon Glenda wreaked havoc on the city with its powerful winds that ripped-off malls’ facades, caused glass doors and walls to break, tearing-off tarpaulin advertisements and uprooting ancient trees.

There were cars that were squished by big branches and houses’ roofs blown away by Glenda’s torrential winds.

But much worse was the black-out that the entire metropolis and neighboring provinces most especially Cavite endured. Large portions of the city suffered black-outs for long days while some even suffered water supply interruptions. 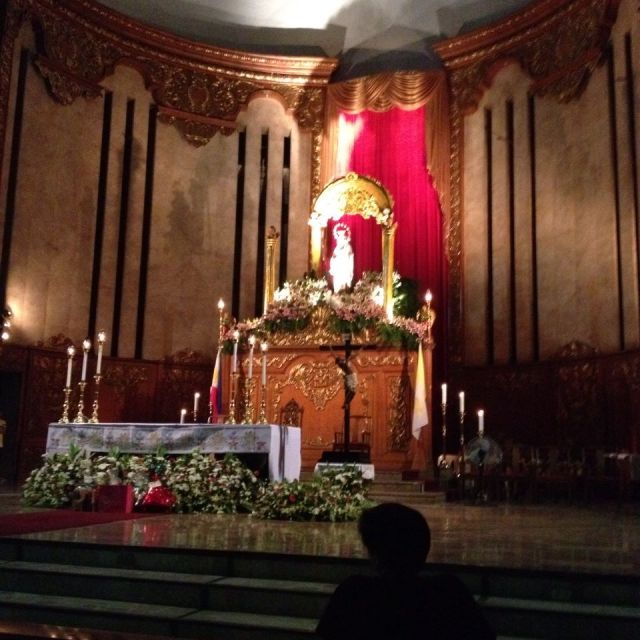 The main altar was modified for the feast and it was beautifully done. It was just sad to note that a crucifix was not prominently located. It should have been placed in the middle of the altar.

16 July, however, is an important date for me and countless devotees as it is the solemn feast of Our Lady of Mt. Carmel, the patroness of the Brown Scapular.

On that day, as I have practiced for years, I went to hear the fiesta Mass at the National Shrine of Our Lady of Mt. Carmel in Broadway, New Manila, Quezon City. I actually still went to work that day but by 3:00 PM, I headed back to Quezon City. By then, we still didn’t have electricity. By 5:00 PM, electric power had returned to our barangay, thus I was expecting that New Manila too would have electricity by then.

By the Liturgy of the Word, darkness had enveloped everyone inside the church.

When I arrived at the church, it was quite dark. I thought that maybe they were just saving the lights for the fiesta Mass.

But as the Mass proceeded well into the Liturgy, and as the evening grew darker, it was obvious that the entire festivities will be celebrated in darkness.

True enough, the homilist (the new Parish Priest of Carmel) admitted that we will finish the Mass in darkness as the generator exploded only 10 minutes before the Mass! 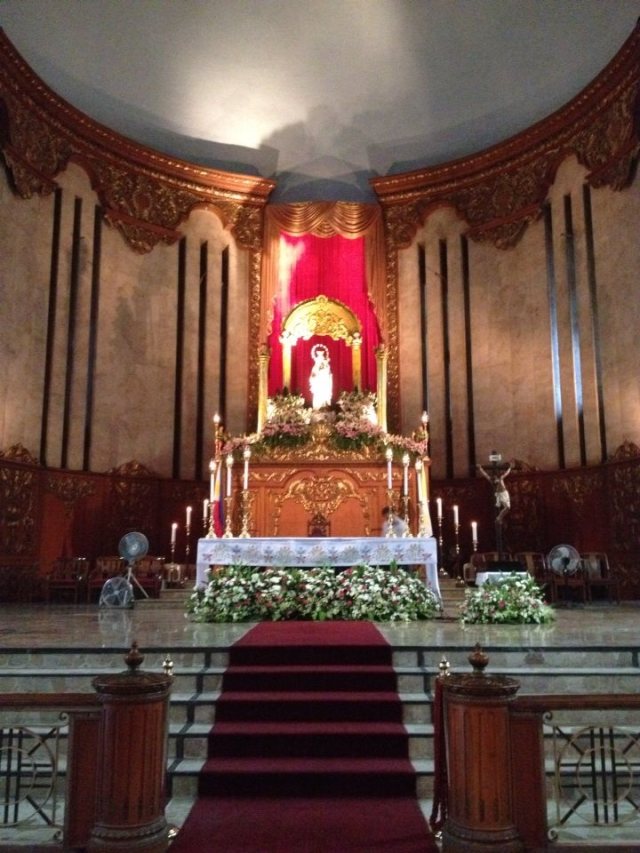 The altar before the Mass

But the good priest delivered a very good homily that truly encapsulated the experience.

The theme was the “dark night” – a very Carmelite theme, I must say.

The statue of Our Lady of Mt. Carmel sits gloriously on top of her throne. Light emanated from her seat, just like how she had inspired and continues to inspires devotees through the centuries.

In the darkness of our lives, we experience the moving glimmer of Faith that burns and warms the hearts of countless souls through the centuries. The power of Faith was indeed best described by the experience.

The faithful do not relent, they will not surrender the glimmer of joyful faith.

In the cavernous shrine, only the sanctuary was lit. Candles and emergency lights provided the only signs of brightness in the very spacious and high church.

Carmelite brothers preparing for the procession

Hundreds of people remained and finished the rites and it was truly a showcase of Faith.

It was a beautiful experience in honor of our beloved patrona, Our Lady of Mt. Carmel.

Things made yesterday still influence us until today. Things made today will influence us tomorrow. Things of the essence such as faith, culture, food, music and values should never disappear nor eroded by the times. Instead, these must be recorded, lived and shared. Something made yesterday - hecho ayer - can be tomorrow's saving grace. Never ignore the past.
View all posts by hechoayer →
This entry was posted in LA VIDA FILIPINA and tagged 16 July 2014, Carmelite devotion Philippines, Carmelites in the Philippines, National Shrine of Our Lady of Mt. Carmel, New Manila, OCD Philippines, Our Lady of Mt. Carmel, Quezon City, Typhoon Glenda. Bookmark the permalink.