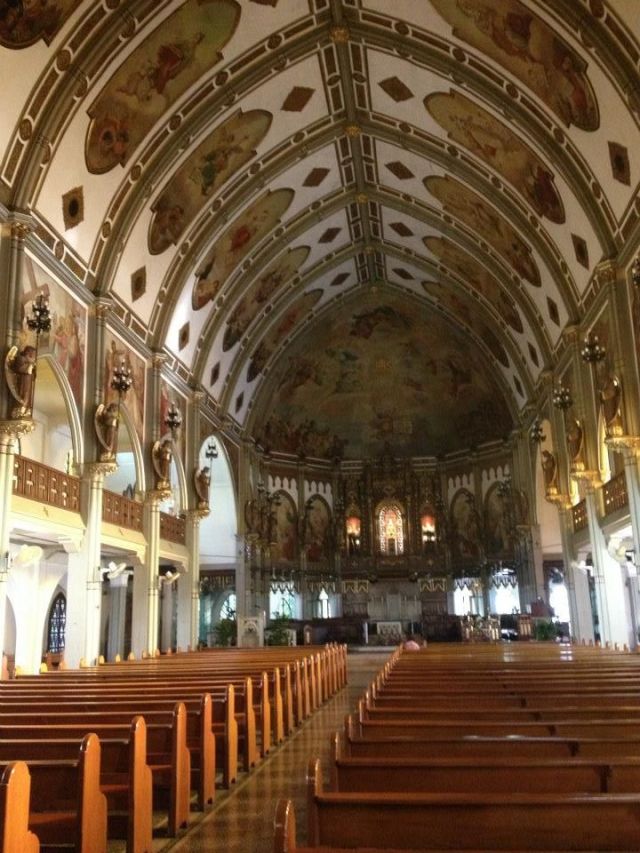 In the early decades of the 1800s until as late as the 1950s, San Miguel de Manila earned for itself a distinction of being a favorite nook of the capital’s elite. Along with nearby Calle R. Hidalgo, the entire district of San Miguel became known as the country’s “millionaires’ row”, attracting the buenas familias of the city of Manila to build their summer residences here, away from the hustle and bustle of Intramuros.

This arrabal was named after its parish and patron, San Miguel. The San Miguel Parish was originally found in Paco (then known as Dilao), and was a mission church of the Jesuit Fathers in that district where once the Japanese community of Manila resided. In 1645, that parish church was leveled by an earthquake, and during the British Occupation, the church was also destroyed. The church was then re-built across its original site, and that church is what we have now standing. Through the generous assistance of Doña Margarita Roxas de Ayala, a “regal parish”, as Nick Joaquín called it, was built. Entombed in the church are the mortal remains of Don Domingo Roxas, patriarch of the Zóbel-de Ayala-Roxas-Soriano clans.

But the church of San Miguel isn’t the only thing that makes this quiet, riverside arrabal so charming and interesting.

A view of the Kalayaan Hall, once the Executive Hall. Unfortunately, due to some odd rule, taking photos of this building is really prohibited. I do not understand why because if one gets to go inside, one is allowed to take pictures of the interiors. Likewise, the President does not live here.

In the 1750s, the patrician Don Luís Rocha built a summer house and hunting lodge in the area. It was called Malacañan – a reference to the “lakan” or “big man” or “nobleman” who resides in the house, according to one theory. In 1863, a terrible earthquake shook Manila at around half-past-seven in the evening, burying thousands to their deaths. One of the many beautiful structures that were destroyed was the Palacio del Gobernador in Intramuros. Since then, the Malacañan became the official residence of Spanish and American Governor Generals, and likewise, of Philippine Presidents. Governor-General Rafael de Echague y Berminghan was the first Spanish Governor General who officially resided in the Palace. Its longest residents, however, former Pres. Ferdinand Marcos, and his wife, the colorful Imelda Romúaldez, turned the Palace “palatial”, remodeling and expanding the former summer house to what is now known as the Palace Complex. They also bought the properties of San Miguel Corporation and other families to expand the Palace grounds. 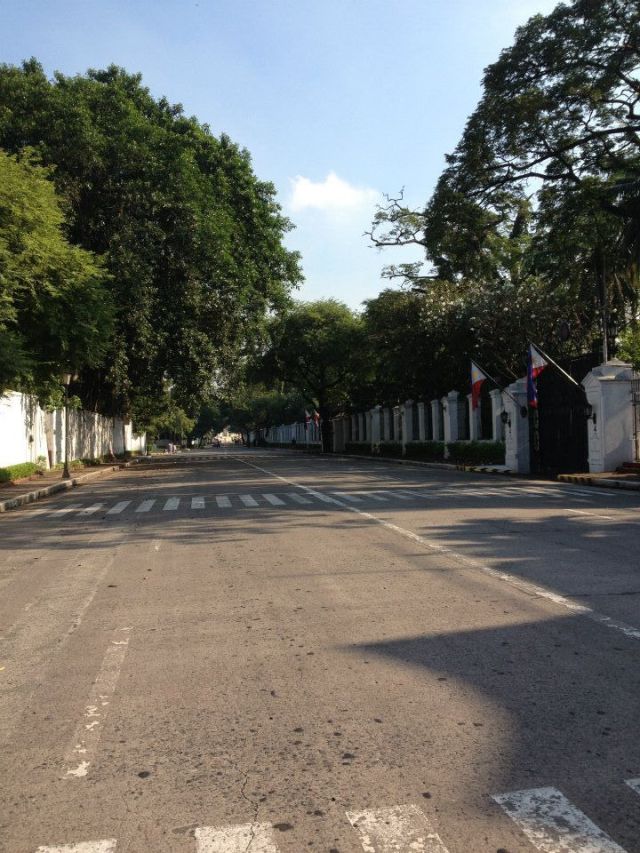 San Miguel’s genteel aura is felt in its streets, the most stately of which is José Laurel

Fortunately, San Miguel, unlike Ermita, Malate and Intramuros, was located north of the Pásig. Hence, it was spared the traumatic and horrendous destruction and killing-spree during the so-called “Liberation of Manila”. Although it is a high-risk area due to its famous transient resident (the Philippine President), it is deserving of being considered a “heritage district” due to the numerous pre-war mansions and houses that still remain standing gracefully  there. Some of these were once homes of powerful Filipino-Spanish clans that led the worlds of Philippine publishing, academe, medicine and politics. 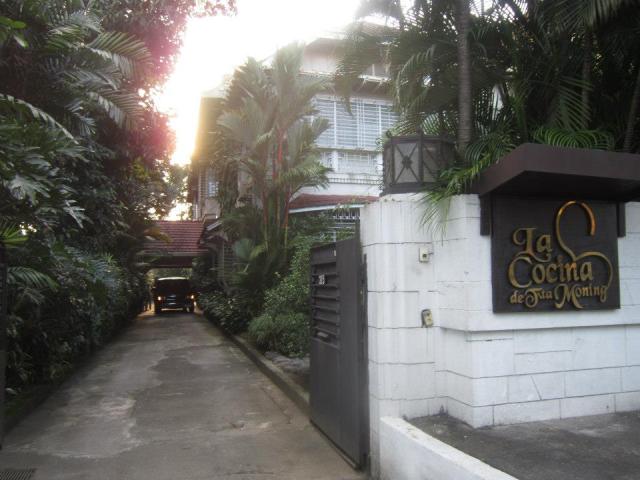 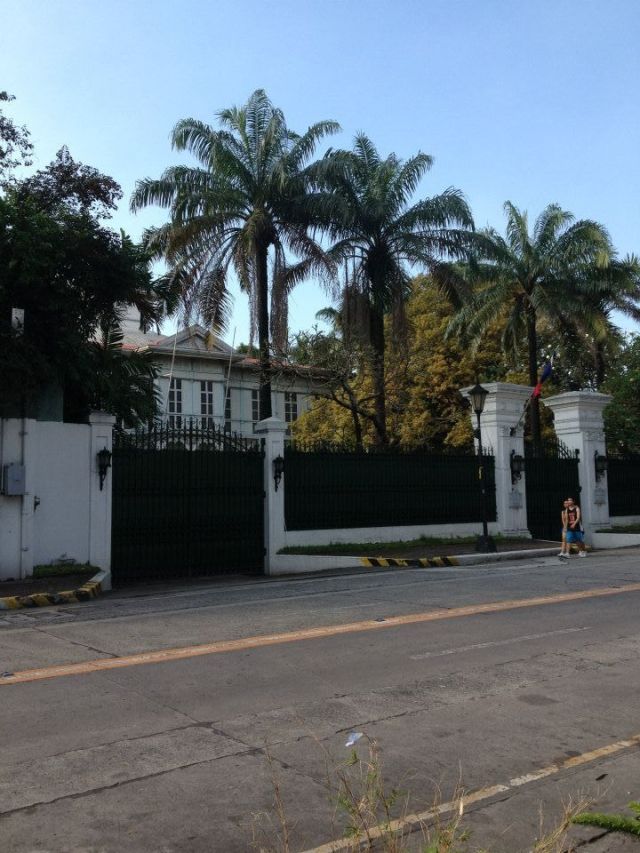 The Goldenberg Mansion. Unfortunately, this is not open to the public as it is a Palace property. 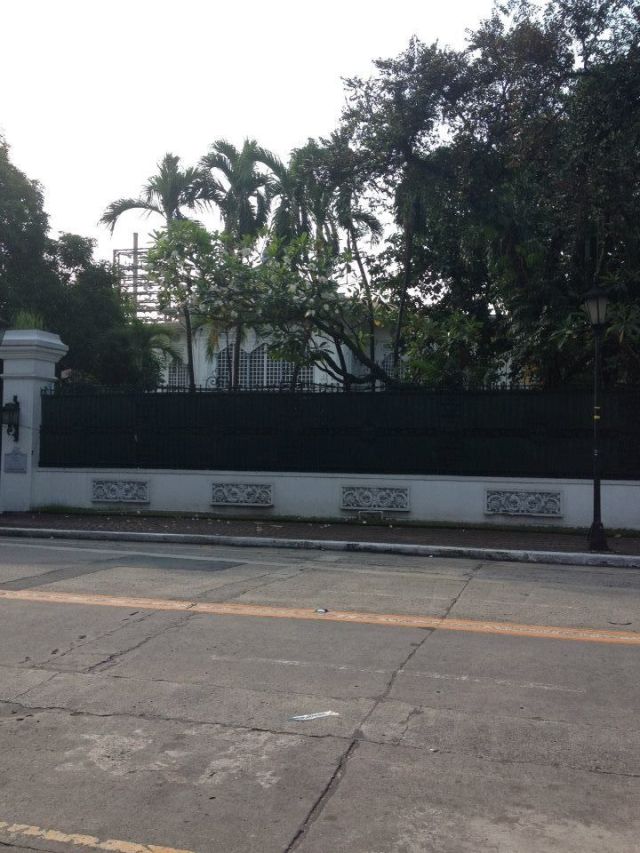 The Teus Mansion, which also ought to be made accessible to the public, which includes the Teuses! An Inquirer article relayed how grandchildren of the former residents were not even allowed to enter!

San Miguel also counts among its gems the Abbey of our Lady of Montserrat, a sanctuary for both the Benedictine monks and their students in San Beda College. The College of the Holy Ghost, Colegio de La Consolación, V. Mapa High School and Centro Escolar University, which have all produced various leaders in different fields, are also found in that sleepy community. Also found in San Miguel is Mosaicos de Machuca’s main office. Established in 1909, the venerable tile company has been supplying affluent families, companies as well as churches and other establishments their bespoke colorful tiles for more than a century now. 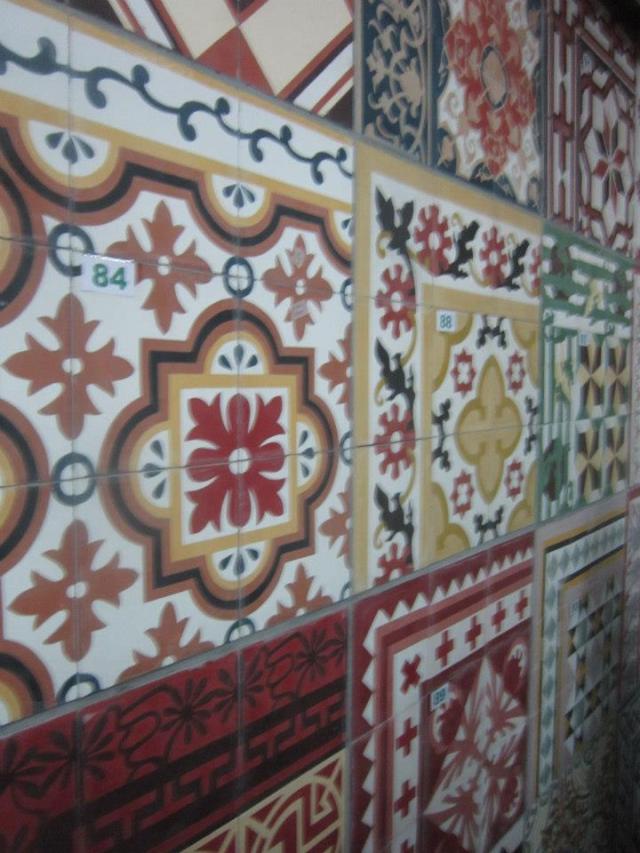 Machuca tiles line the wall of the Machuca head office

And of course, if San Miguel should be considered a heritage town, Filipinos should never forget that a certain cerveza is part of its history – San Miguel Beer! Famous throughout the world, San Miguel Beer was first brewed in San Miguel de Manila. The founder of La Fábrica de Cerveza de San Miguel named his product after it and the escudo of the City of Manila, which was also on the Royal Grant that conferred San Miguel the right to brew beer, is still used as the corporation’s company logo until today.

San Miguel is surely a place to visit and discover!

Things made yesterday still influence us until today. Things made today will influence us tomorrow. Things of the essence such as faith, culture, food, music and values should never disappear nor eroded by the times. Instead, these must be recorded, lived and shared. Something made yesterday - hecho ayer - can be tomorrow's saving grace. Never ignore the past.
View all posts by hechoayer →
This entry was posted in CULTURA, GUIA: TOURS, HISTORICA, LA VIDA FILIPINA, OLD MANILA and tagged Casa Roces, La Cocina de Tita Moning, manila cultural heritage, Manila tours, Must visit in Manila, San Miguel de Manila. Bookmark the permalink.